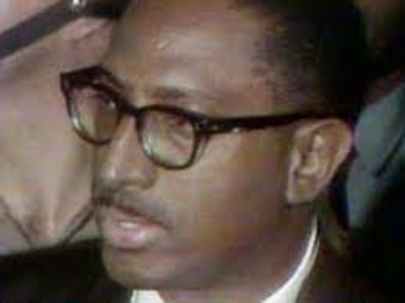 Dr. Ross M. Miller Jr., surgeon and civic leader who spearheaded a 1960s effort to place Compton’s political power in the hands of African Americans, has died. He was 68.

He was president of the Compton-Los Angeles County Civic Center Authority that oversaw the creation of the combined county and city court, library and administration complex and Martin Luther King Jr. Plaza in Compton.

After serving on the school board, Miller ran for the City Council in 1967 on a militant clean-up-City Hall theme that brought African Americans to majority control of the council for the first time. With his victory, Compton became the only community of its size west of the Mississippi River where blacks held the balance of political power.

“My power on the council is as an agitator at this point, desirous of change,” Miller told The Times in 1968. “My personal feeling is that this city is very, very corrupt and there are certain vested interests.”

He held onto his school board and council seats until the Anglo candidate he defeated for council sued, persuading a court to limit Miller to one public office at a time.

Miller was prompted to seek public office in part by his own problems in purchasing a home in Compton in 1964. After an Anglo seller turned down his offer, he was forced to use subterfuge by having an Anglo friend from Santa Monica buy the home, then quit-claim it to him.

“That’s what it used to be like in Compton,” he said.

Years later, the doctor was elected to Compton’s “Promenade of Prominence,” with a star in Martin Luther King Jr. Plaza, for his contributions to the city.

Miller was a board member of the Compton YMCA and of 100 Black Men of Los Angeles Inc.

Miller was chief of staff at Dominguez Valley Hospital in Compton and chief of staff, trustee, member of the board and director of special projects for the St. Francis Medical Center in Lynwood.

Born in Boston, he grew up in East St. Louis, Ill., and was educated at Howard University. He was commissioned a lieutenant working with the U.S. Public Health Service at the National Cancer Institute in Bethesda, Md.

Miller moved to California in 1960, establishing his medical practice in Compton.

He is survived by his wife, Maria Ortiz Miller; three daughters, Cheryl, Michelle and Kris-Anne; three sons, Jason, Ross and Jonathan; a sister, and three grandchildren.

The family has requested that any memorial contributions be made to the Young Black Scholars of 100 Black Men Inc., or to St. Francis Medical Center Foundation.